Well, this was certainly some week, wasn’t it?

I’ve honestly been thinking about you all, and wondering what I was going to write the next time I ventured back into the comforting embrace of CO nation.  As befitting the name of this beloved site, and my own basic nature, I’ve been in “let’s look on the bright side” mode for several months now – something that’s usually not hard for me at all, especially during the Christmas season.

But holy crap, what a devastating sequence of events!  I’ve been casting about for how to even start.

Maybe with a hat tip to Dickens?  “It was the worst of times, and then even slightly worse times.  And then things somehow went steeply downhill from there.”

I can usually seek solace in Shakespeare.  “Now is the winter of our discontent … made immeasurably worse by this scrofulous pack of congenital liars, racial arsonists, and insufferable, America-hating d-bags…”

Of course I would usually seek out the Palmist right now… but somehow I just know that as soon as I pick up my Bible, it’s going to open to either Job or Lamentations.

Or maybe to one of the super-creepy passages in Revelation that foretell the coming of Imhotep Pelosi.  (“And then from within a cloud of stinging insects appeared a hideous harpie, not dead and yet not alive, with tiny red eyes staring from a lifeless, frozen face.  And she rode upon the back of an equally terrible creature, with legs like cedars and ankles like mighty oaks, the hooves of which shook the earth, and the sounds of a thousand crows emanating from her terrifying maw cried out, ‘At this point, what difference does it make? CAW CAW!”)

So, yeah.  2021 is off to a great start, and now I’m like the school kid who lost his thesaurus:  I can’t even begin to find the words to describe how devastated I am.

I know: lame joke.  But cut me some slack, people – I’m just trying to hold it together here.

Actually, I did see a story that summed up the way I feel, twelve days into the new year.  It happened several weeks after the election, in Kansas.   I think the headline will give you the gist of it:  “A man in possession of methamphetamine was critically injured after falling while racing on his motorcycle, during which he accidentally shot himself.”

But it got even better.  Because the moment after he finished NOT sticking his landing, he was run over by a car.

I quote from the police report:  “While racing, the suspect lost control of his bike and wrecked. During the accident, a weapon in his waistband discharged, striking him in the hip, and he was also struck by another vehicle that fled the scene. He was transported to an area hospital in critical but non-life-threatening condition. A records check revealed him to be a felon, and a large bag of suspected methamphetamine was located in the motorcycle.”

The only way that man could know how I feel right now is if his firearm had discharged into his groin instead of his hip.

I’ve got a few scattered thoughts, but nothing that feels super useful.

1.It’s going to be hard to escape from these leftist idiots.  Because they are totalitarians, they politicize every aspect of life, from sports to media to family life, and like some character out of Grimm’s fairy tales, they poison everything they touch.

When they just controlled blue states, fed-up normal people could a least flee them – and they’ve been doing so.  When the current census is done, NY and CA are likely to each lose at least one house seat and electoral college vote each, due to people voting with their feet.

That could be a healthy process: when a parasite kills its host, the parasite dies, the host fertilizes the land, and the cycle of life can begin again.  But in this case – to extend an unsavory metaphor – too many of the boneheads that infected their original blue states metastasized out into the surrounding states, and now once-healthy states are looking gangrenous.

2. In the demolition derby of leftist moral offenses, a close second to their omnipresent, bone-deep dishonesty is their unconscionable fanning of the flames of racial hatred.  Nothing infuriates me more than seeing the unending slander against the least racist multi-ethnic nation in the history of the world that continually spews from their whiny pie-holes.

Of course they were at it again in the wake of the capitol riot.  It was bad enough that after 6 months of implicitly cheering on rioting, looting, vandalism, arson and violence from one end of our country to the other, those slimy hypocrites suddenly feigned outrage on 1/6.  (And though it doesn’t need to be said, of course we condemn the people who acted like JV Democrats on that day.  Would that the creeps on the other side could have found a way to express 1/1000th of that outrage when their thuggish co-religionists were destroying cities all over the place for months!)

But the racist leftists had to haul out their tired, inflammatory accusations, claiming that if the protestors had been black, they’d have been treated much worse.   As if we haven’t just watched millions of ethnically diverse rioters rampaging through a months’-long crimewave, with very few arrests.  In fact, politicians told police to stand down and let them riot, abandon their stations to be burned to the ground, let the rioters set up their own anarchist CHOP/CHAZ, and on and on.

3. As much as I agree that Trump was his own worst enemy over the last month or so – as are we all, I guess – it’s particularly galling to see the MSM and Dems pull out the idea that because he “raised the temperature” through his reckless rhetoric, he is responsible for 1/6, as are the half of the country who supported Trump.  Because “everyone knew that this would happen.”

I agree that he did raise the temperature, and he shouldn’t have.  But remember when Obama slandered America and especially cops as terrible racists for months and years, and so was naturally blamed by the MSM when a black Obama supporter shot 5 cops in Dallas?  Because he raised the temperature too, and he had to expect that some of his supporters would take action against the cops whom he’d been demonizing, right?

The same way Bernie Sanders was morally responsible for the Bernie bro who went to the congressional softball game and shot Steve Scalise, almost killing him.  After all, Bernie had been demonizing conservatives for years, painting them as greedy exploiters waging class warfare on all the little people just like that loser shooter.

That’s why Bernie is rotting in jail right now, and Obama was impeached and jailed too.

Oh no, wait.  That never happened.  Because leftists are never responsible for the passions they inflamed.  Only conservatives.

There, are you happy now?  You’ve got me choking on my own bile, you leftist hypocrites!

The “best” parts (and never have sarcastic/scare quotes been more justified):

1.The Dems are such horrific politicians that they are going to over-reach and alienate all but their hard-core base, and to the extent that we can have even fair-ish congressional elections in the future, they should be sailing into a serious repudiation in the mid-terms, a la Obama’s 56-seat House bloodbath in 2010.

Biden has one orthopedic shoe in the grave, and Comma La is a human toothache, and all of the faces of the national Democrat party look like the Elephant Man’s family reunion, morally speaking.   They are not going to wear well.

If they were even room-temperature smart, they could do much more damage by posing as unifiers and throwing a few, pitiful bones to the spineless GOP members who always seem happy for even the most meager of scraps.  Instead, they are so driven by their own malice that they can’t help themselves: they’re going to double-down on their frothing hatreds, and pursue their “enemies” (i.e. half of the country).  Anyone who is not a completely lost cause is going to be repelled by that.

2.  This too must pass.  (Unfortunately, it’s probably going to pass the way a kidney stone does.)  A wise man once said – and no, this time it wasn’t me – that if anything cannot continue, it won’t.  And this kind of leftist insanity cannot continue.  We’ll have a lot of suffering to do in the meantime, and it’s all so heartbreakingly unnecessary, but these dimwits are sowing the seeds of their own destruction.  I just wish they weren’t going to create suffering for so many innocent people along with them.

3. In the long run, if we discipline ourselves, we can let all of this pain motivate us.  We can use Trump’s virtues as a template, and his flaws as a warning.  At his worst, his undisciplined and self-defeating firing in all directions gave ammunition to his enemies, and alienated enough of the otherwise persuadable (if mushy and politically semi-informed) voters whom (in this fallen world) we need to keep elections from being close enough to steal.

But when he was at his best, he was a cheerful warrior, taking the fight to the left, and he had the thickest of skin, and his many successes should be a lesson for the next generation of conservative pols.  There’s a reason why Trump got so much done, compared to a generation of mostly pale, timid RINOs since Reagan.  And there’s no reason why we can’t match or exceed those successes.

I hope that you all are slogging your way through what feels like the dark night of our political soul, and that we’ll be able to support each other, and keep fighting the good fight, even as we know that the next several rounds are going to be brutal.

My next column, I promise, will be more upbeat. Now, if you’ll excuse me, I’ve got to try to wrestle this wrecked motorcycle back up while not aggravating my gunshot wound.  Maybe I’ll take just a dusting of my meth stash, for pain management… 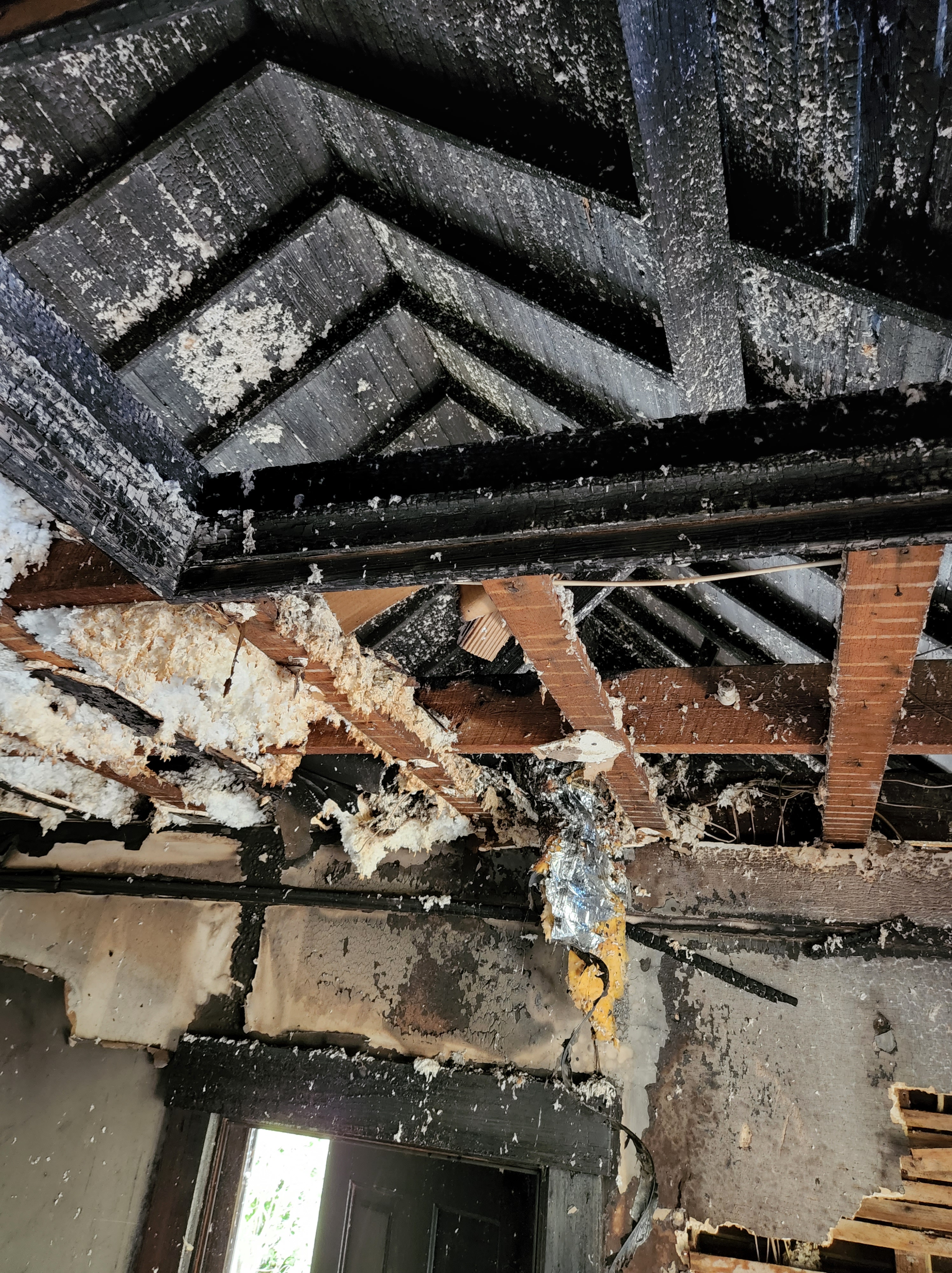